The Japanese r/c culture always fascinates me with the attention to detail the racers apply on their their beautifully styled chassis and bodies.

Here are some photos and a videos from recent races as well as the 2012 JMRCA All Japan National championship held at the great 'Kei Tune' circuit which according to the latest information I have received will be the hosting club for the 2013 IFMAR 1/8 On Road World Championships.
Initial information I had received was that hosting club would be another very famous circuit, BOSS SPEED.

Video of a qualifying run of the top heat

Video of warm up prior to the main final

Video of the first 6 minutes of the Amain Final:


Video of the main final part 4
Midpoint through the race

Video of the main final part 5
Some more footage from the race, some nice driving from Shimo.

Video of the main final part 7
This shows all the drama of the race. These are the dying moments of the event and the start of the video picks up a great battle between Shimo and Fukuda just before Fukuda's last refueling pit stop (1:27 mark)  with approximately 4 minutes to go. Shimo is stretching his runtime beyond 5 minutes and near the end of the race still holds the lead but with a fast charging Fukuda a few car lengths behind.
In the end all is lost on the very last lap when he flames out, most likely out of fuel. 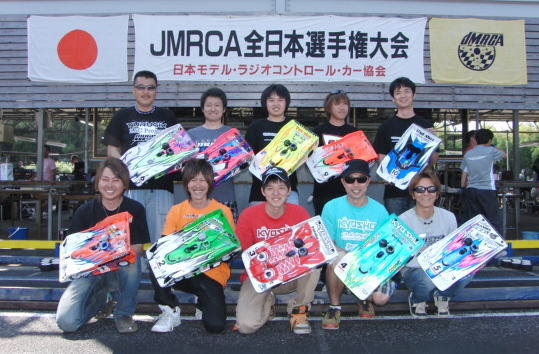 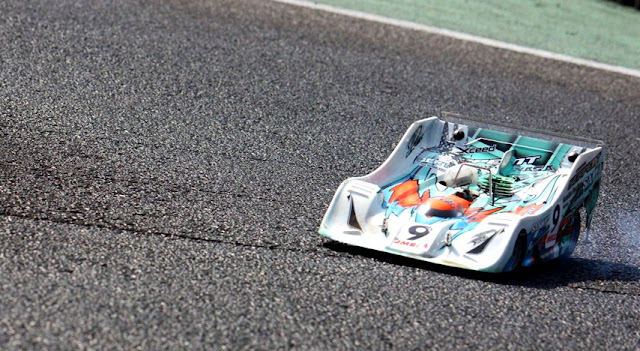 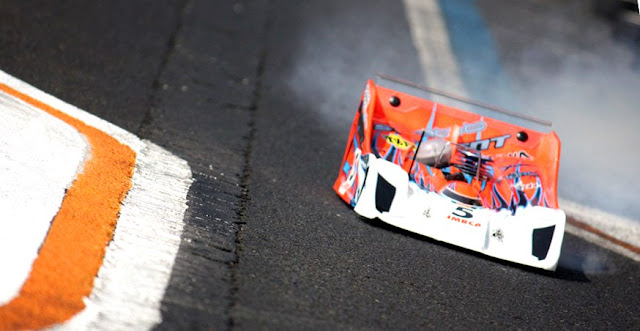 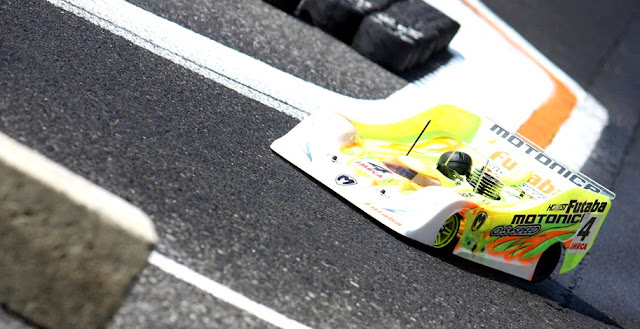 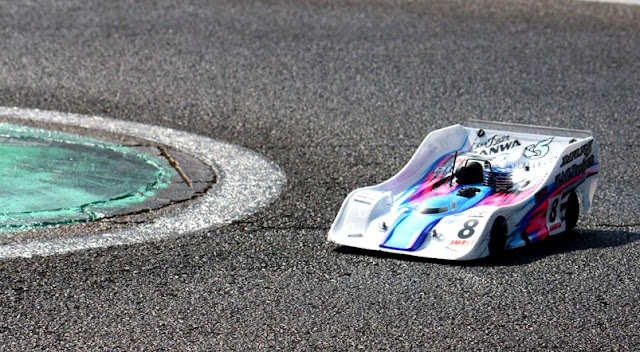 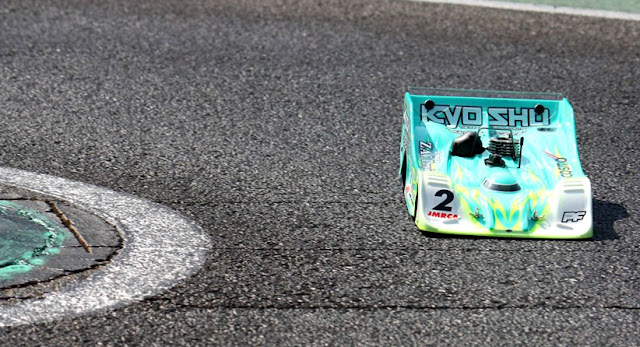 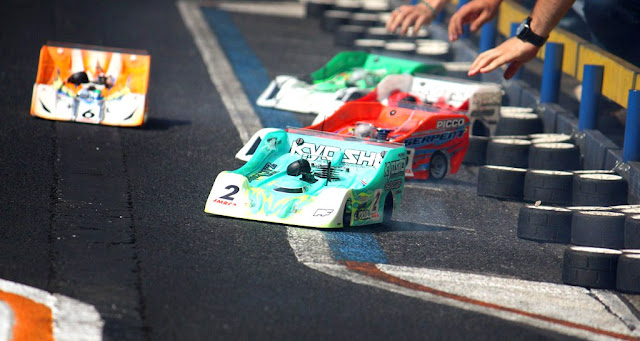 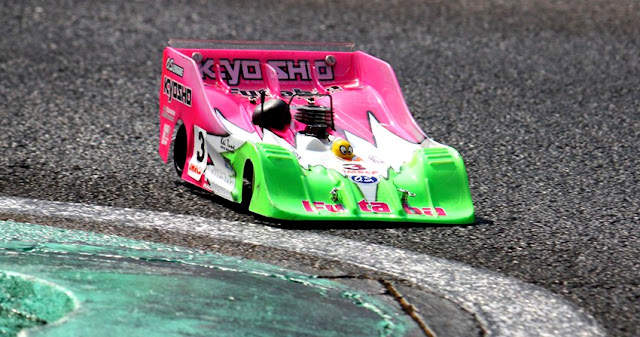 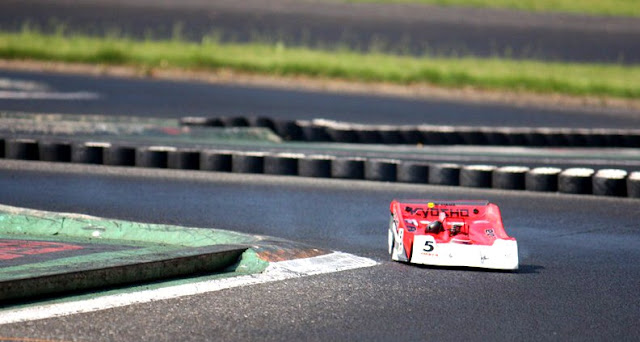 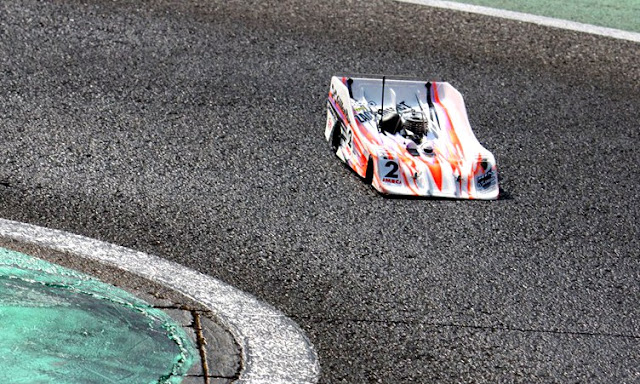 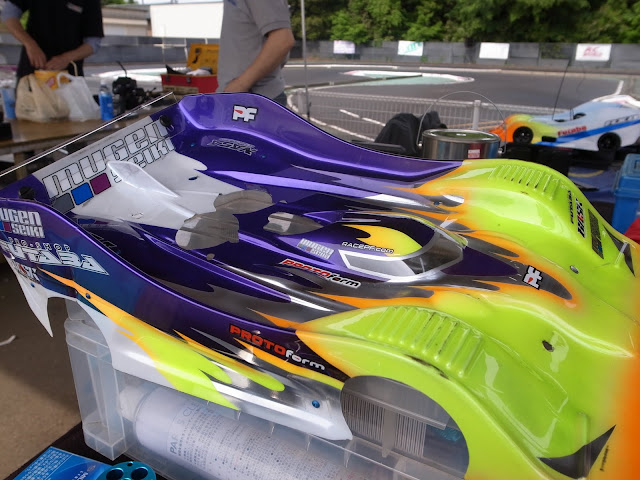 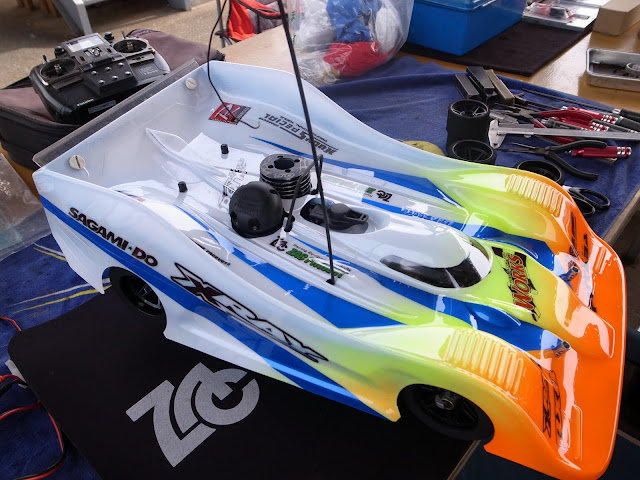 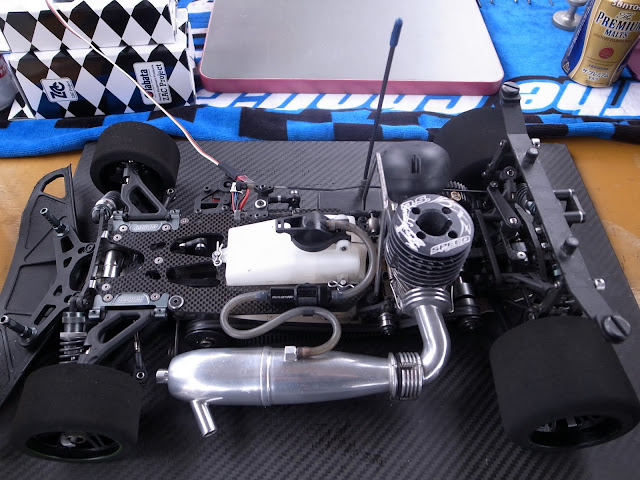 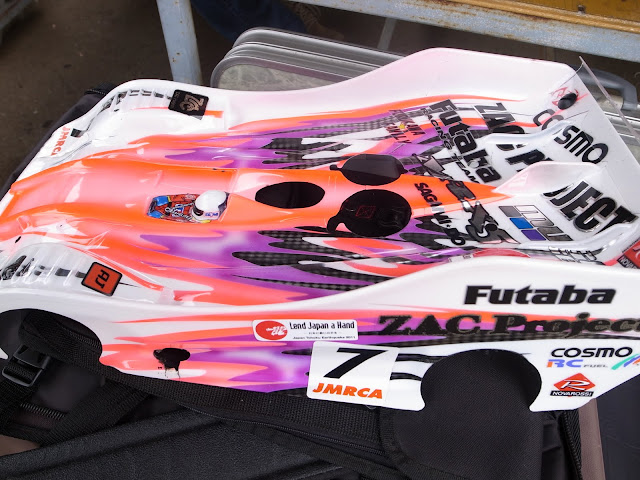 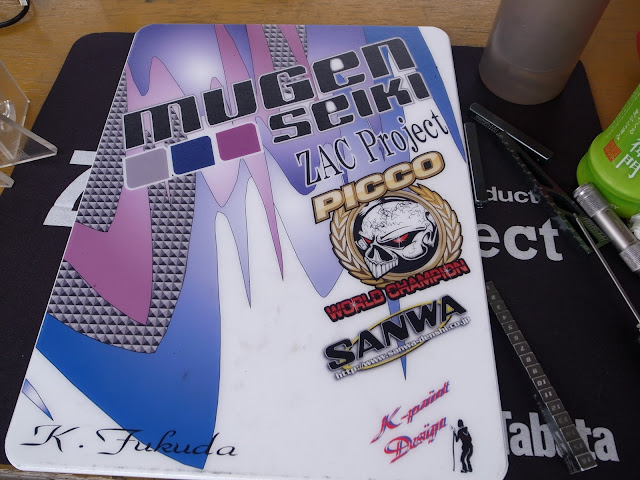 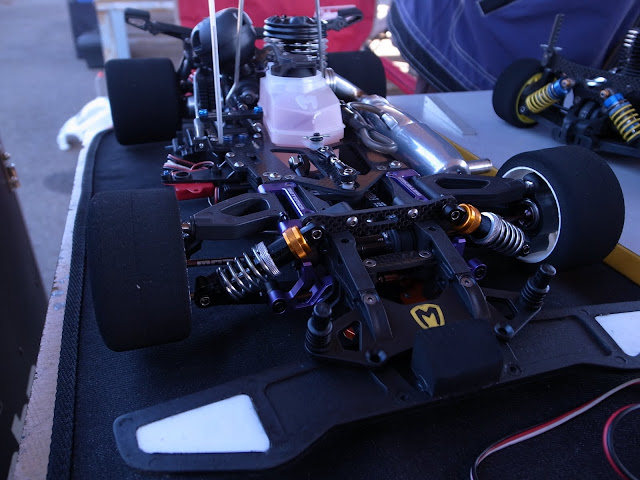 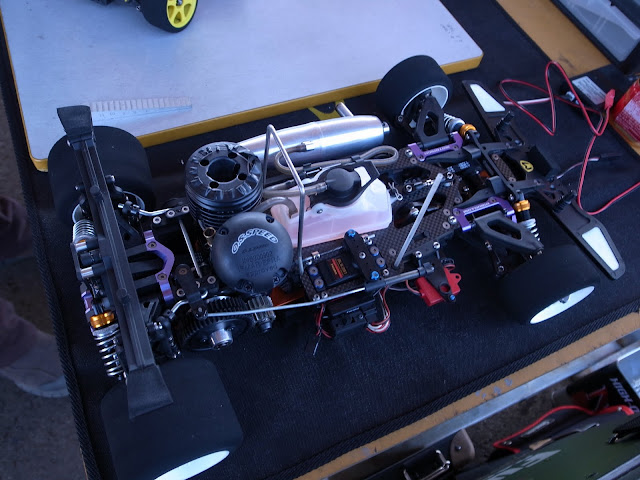 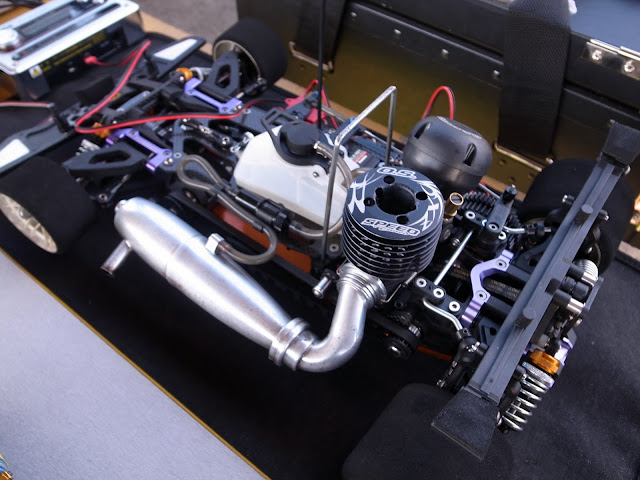 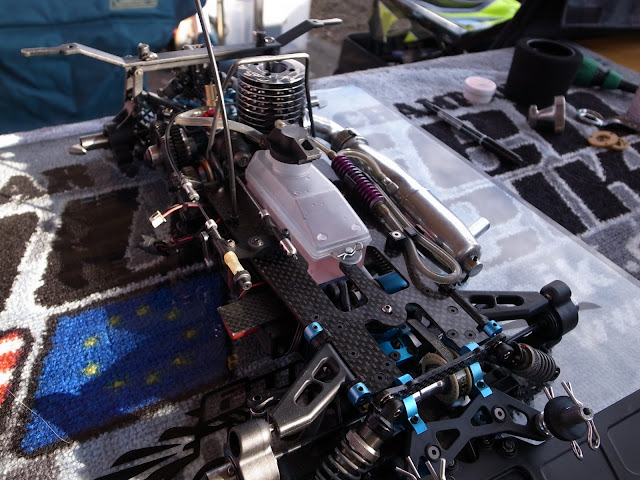 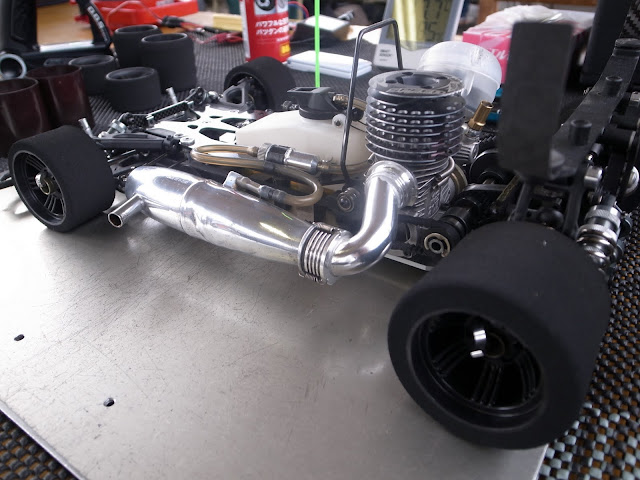 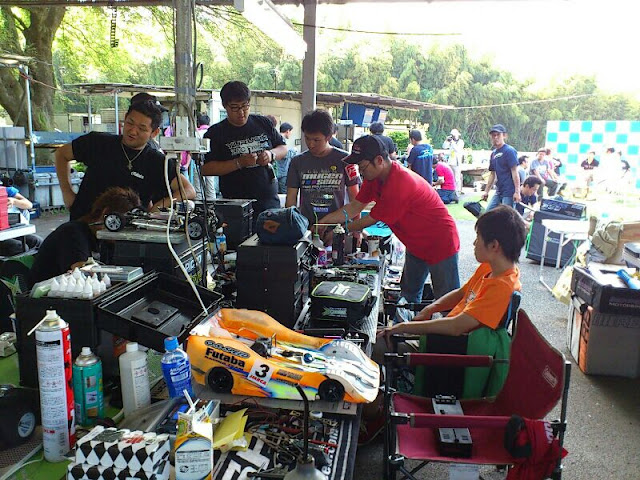 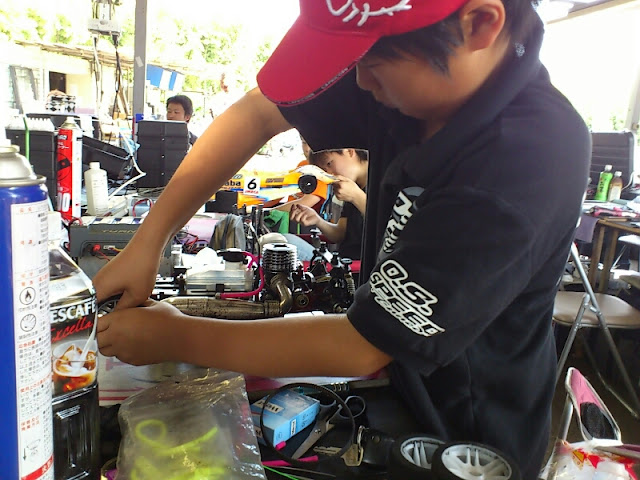 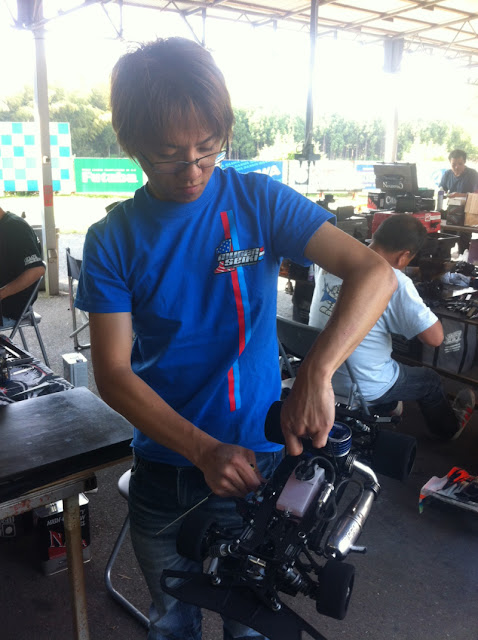