Two exciting semi finals and a great final. The track produced a great show. It has great rhythm and speed with big elevation changes that made the cars look very fast and exciting.
Lamberto Collari after producing a good qualifying run to reach 3rd place, performed flawlessly in the Amain final, surviving a smal incident during the first laps and then marshing on to the top recording also the fastest lap of the entire event, cementing his superiority over the competition. Dario Balestri and Robert Pietsch showed great pace in the first half, both recovering from small mistakes during the first few minutes but in the end their challenge wasn't meant to last as both retired.
Below I gathered some of my favorite photos from the coverage provided by nitro-west.de, lmcc.lu and from facebook 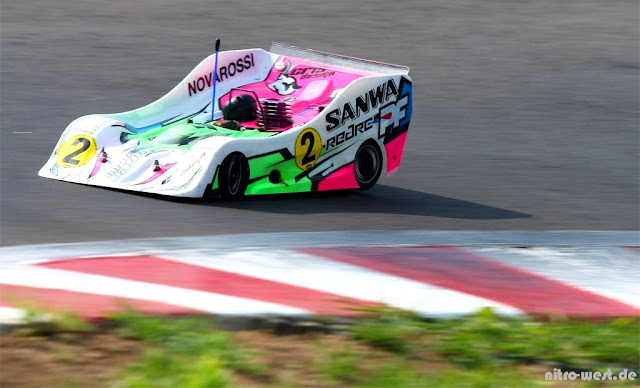 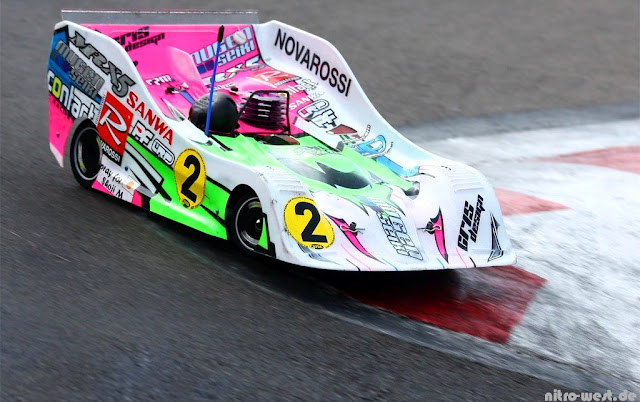 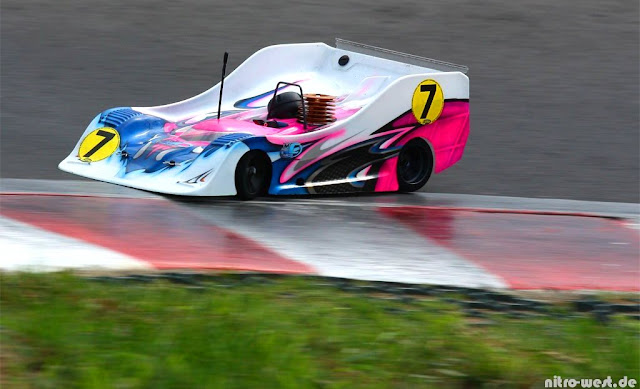 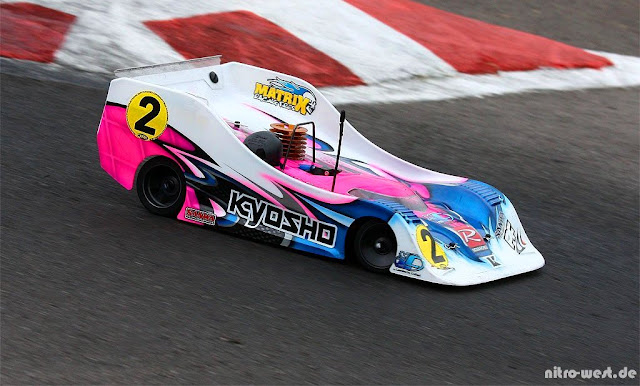 Lamberto Collari's car. A mix of Mugen Mrx-4 middle and front end and Evolva rear end. Why he chose this, it is not known, but it worked for him and that is all it matters. What can one say about this person. He has won so many races and this was his revenge for the misfortunes he encountered in April at the 2011 IFMAR World Championships in Miami. If my information is correct, he had not visited the Luxembourg track before and it took him a few runs to get up to pace. From then on he felt more comfortable with his car and then delivered his maximum to win another big final. Well done! 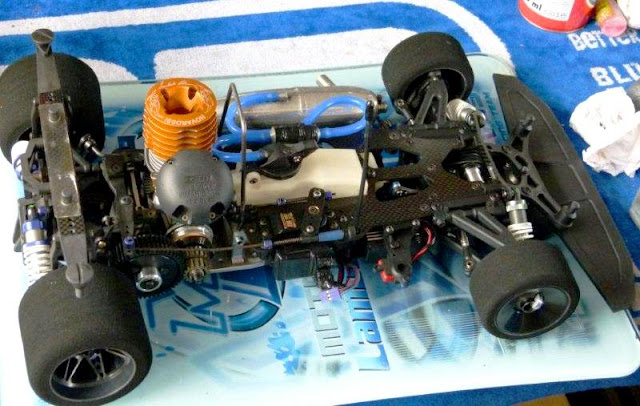 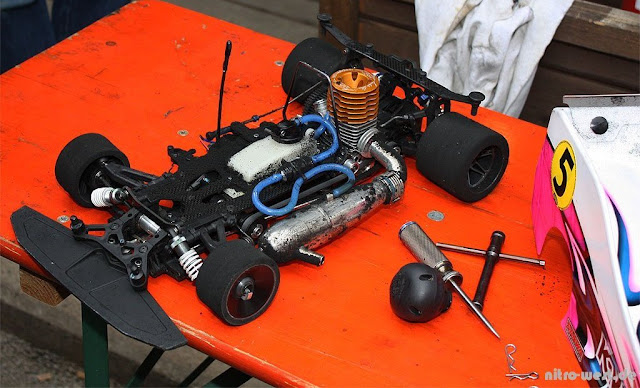 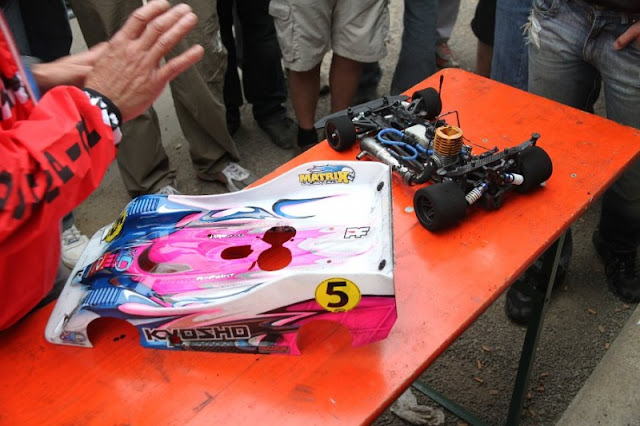