It is old news by now that Atsushi Hara chose to run the Awesomatix A800 at the recent TITC.

For a small company like Awesomatix it was a great honor the A800 to be the car of his choice.
He received the car 2 weeks prior to the event and immediately he appreciated the high quality and design features of this unique model car. 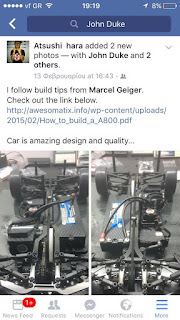 Pace was decent during the first few runs but after a few days of running he seemed to hit a limit of performance although he could see the potential in the design. His main complaint was not good balance between front and rear axle.


During the final days of the first week he tried a few other kits, with conventional design. 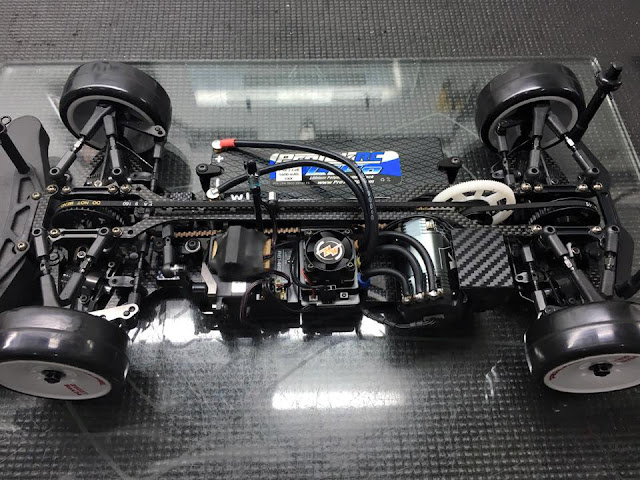 In this year’s TITC there was a particular difficulty for Atsushi. Although this is his home track and has great knowledge of, he is also sponsored by RIDE which comes in conflict with the use of the event’s control tyre, the VOLANTE. This meant that he had to pay for all his tires. In contrary the usual high profiled drivers who already have a chassis sponsor could have a new set every time they hit the track. This was a major limiting factor and most of his practice before the event was run on RIDE tires so the set up for the VOLANTE tires would require a different approach. 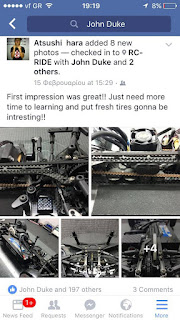 On Monday of the week of the race, owner and designer of Awesomatix, Oleg, arrived at the track and with his help Atsushi resumed practicing with the A800. Immediately they found a lot more pace and they had managed to be in the top 5 of free practice times in fastest laps. 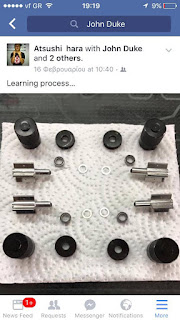 They concluded that the unique aluminum chassis with its 3D design performed better than the carbon one and sticked with it for the rest of the event.

The problem was now to find consistency, both during the 5 minute run but also during the changing track conditions.


Qualifying started a bit messy with Hara not registering any clean runs in the first two runs. He came back strong in round 3 with a 4th overall and then dropped a few positions to a final 9th qualifying position. 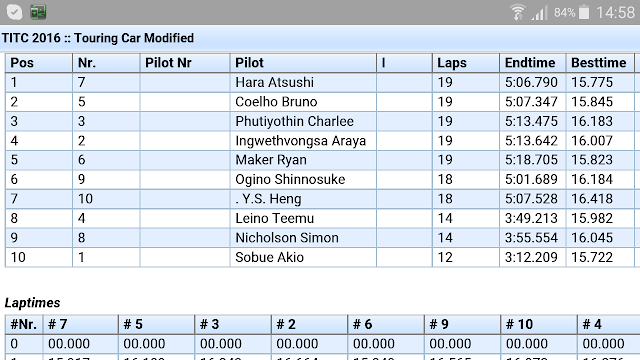 Again single lap times were just as fast as the fastest runners, but consistency was a little off.
The finals are usually tough in this track and he came out in the end 8th overall.
By comparison, last year when he run for Yokomo on RIDE tires, he had placed 10th so although not the desirable result, it was an improvement. 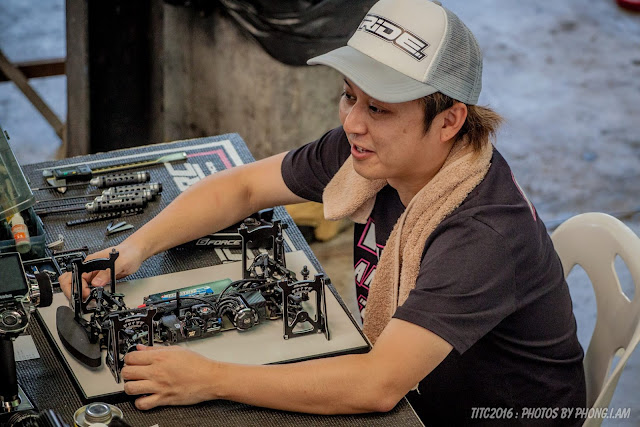 If time and budget allowed he is sure he could have performed much better after fine tuning the car more to his liking. He is now considering his options for the upcoming Word Championships in China in August. 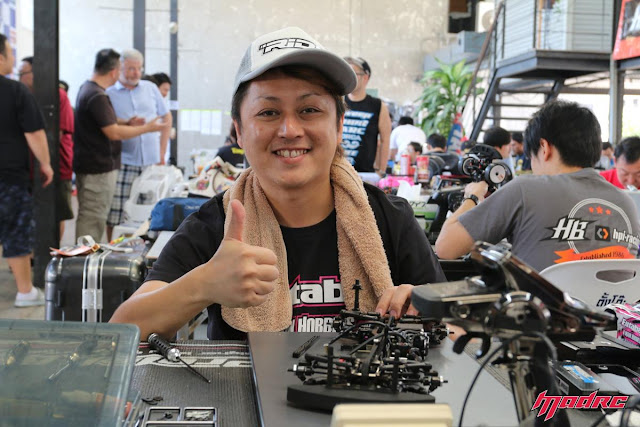 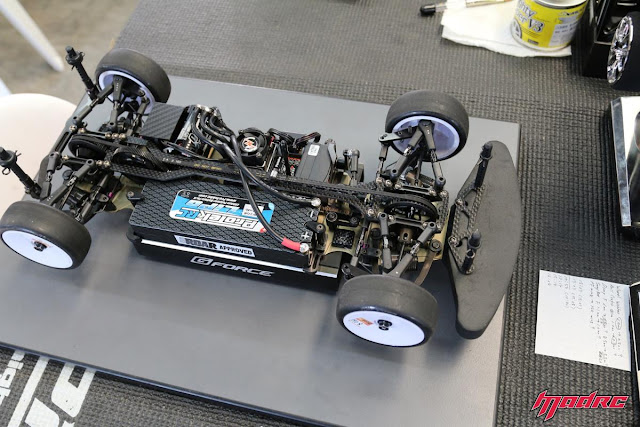 My personal feeling is that if Awesomatix can put together a decent budget to support him, he might choose to run the A800.
We will see. 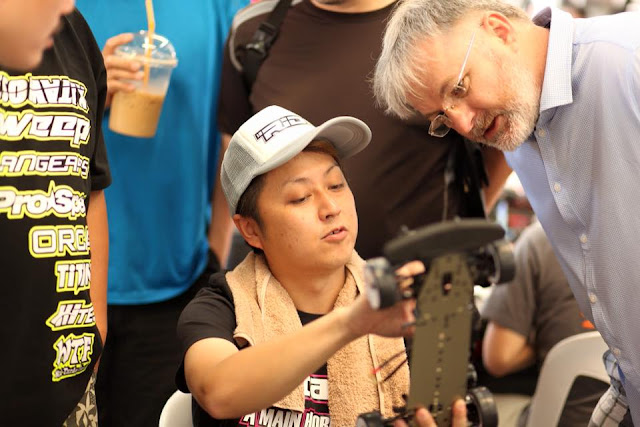 The outcome of the race was  positive. Considering the limited time Atsushi had the car and the very difficult conditions on the extremely bumpy track, the car proved it can be competitive at the highest level and at any track following great performances on carpet with Viljamin in mod and Tony Streit getting the overall victory at ETS round 2 in stock.

a bit bumpy is an understatement: 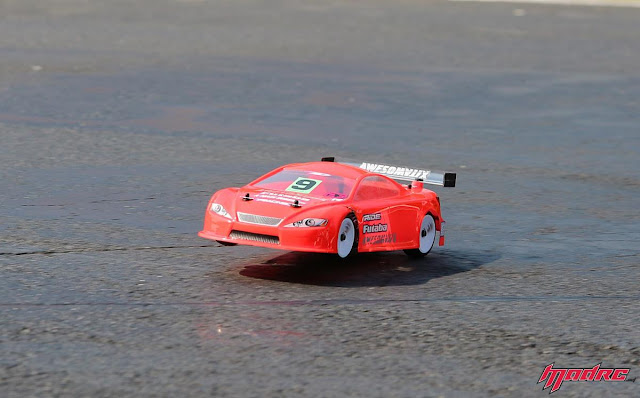 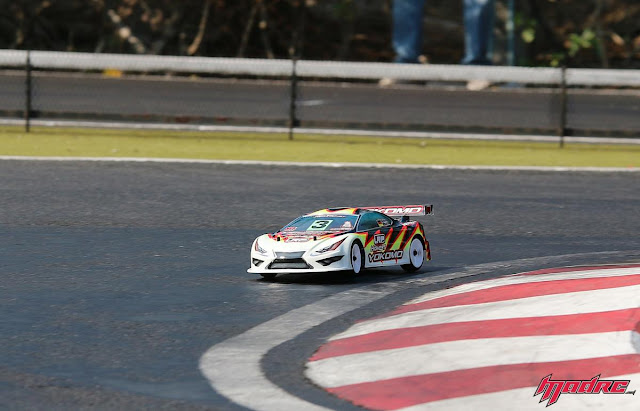 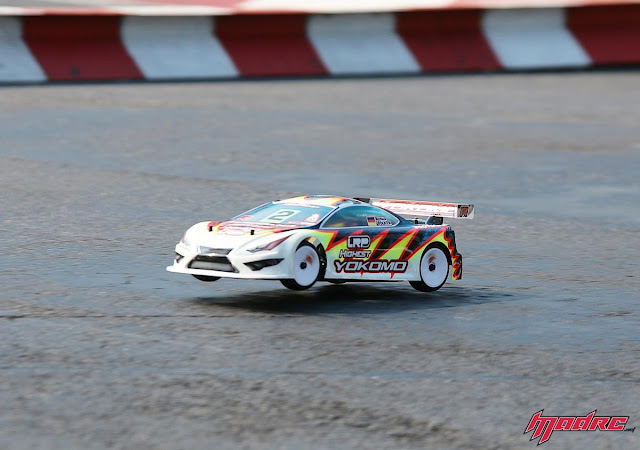 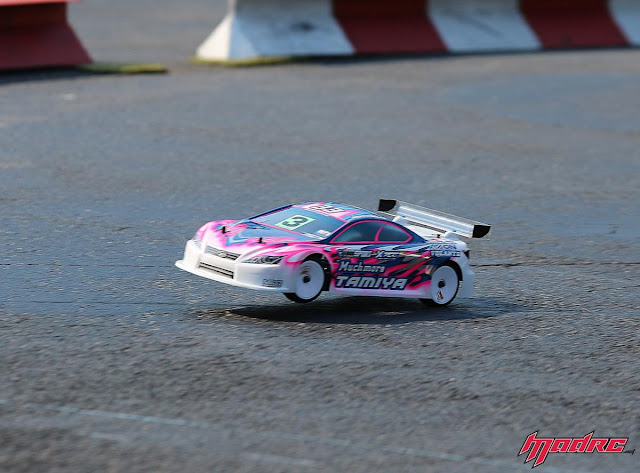 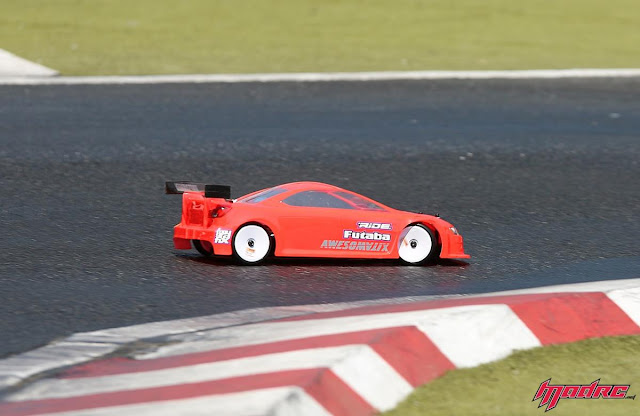