A little of history.
Clearing up my old room, I had to throw away a bunch of old magazines. Some of them had some nice articles so I decided to keep them as files in my computer.
Now I decided to share some to the public... so here you go.
Masami's 1989 winning Yokomo! (I highly recommend clicking on the photos for the high resolution image) 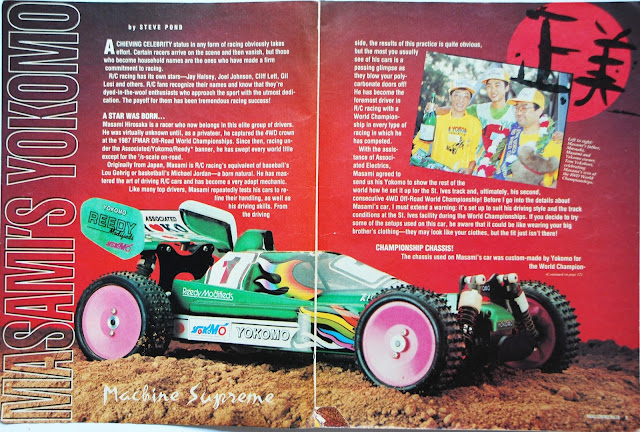 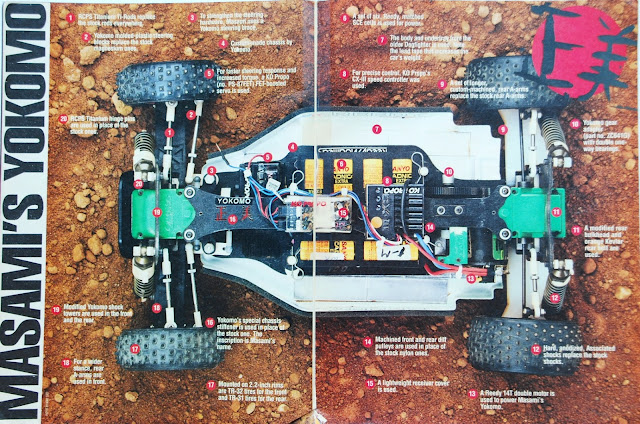 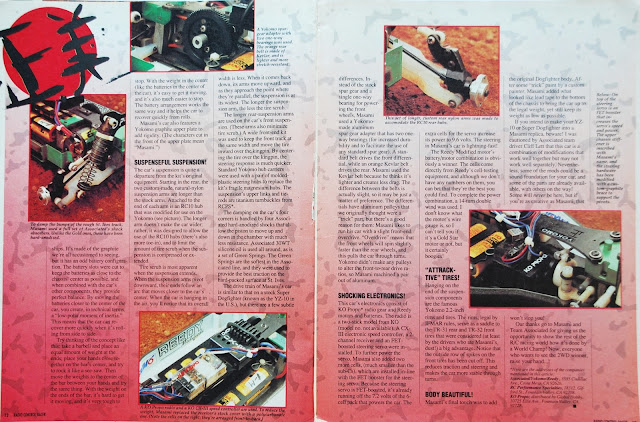 In 1989 Masami also won the 2wd IFMAR World Champion title and he did so using a prototype car for which a lot was written. Team Associated was very smart to name it 'stealth' car, a name that had a nice impact on the market, creating a lot of mystery and anticipation around the design of the car until these photos were published. 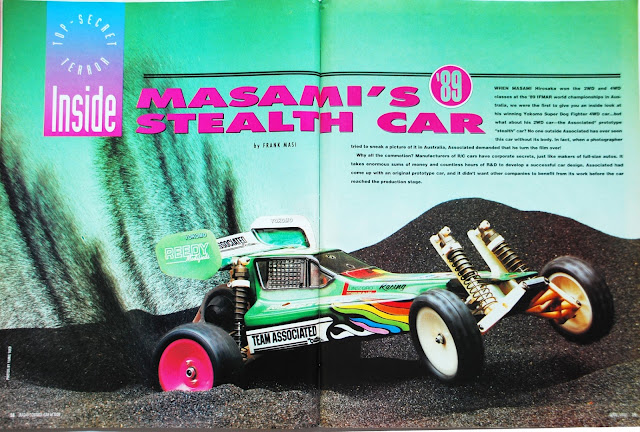 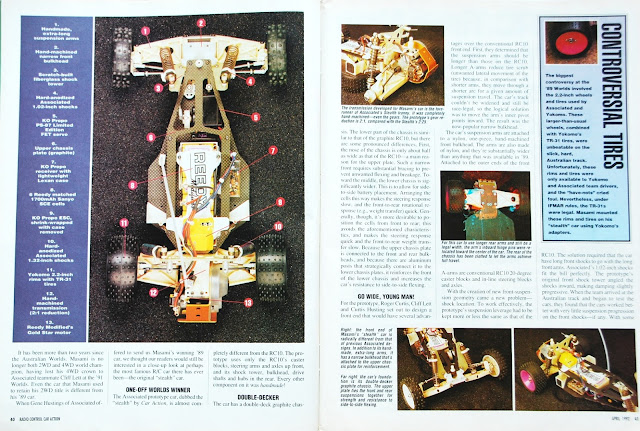 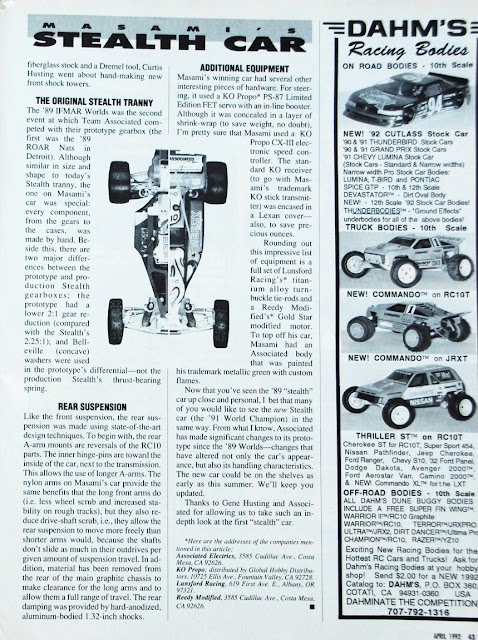