AWESOMATIX and more specifically Oleg Babich the founder of the company and designer of this revolutionary car has introduced lately a series of upgrades with the aim to further evolve this amazing concept.

The Floating Front Gearbox (FFG) is designed with the aim to prevent any chassis flex/tweak effect fro the shaft transmission torque. The lightweight carbon tube withstands the drive train torque forces and separates the main chassis from any stress.

Below are the parts of the FFG upgrade kit 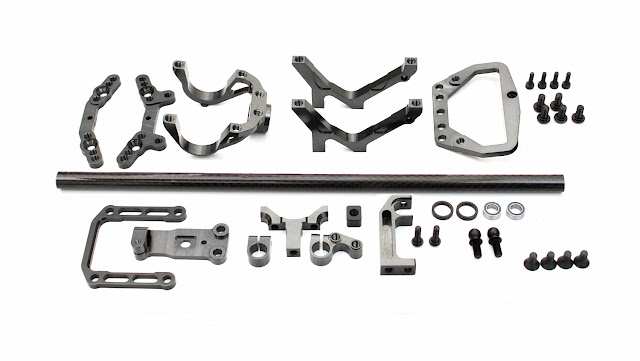 This is the new ultra thin upper deck

Step 1 is to use a sandpaper for 5mm on the edge of the carbon tube to increase friction on the aluminum support. Make sure you don't remove too much material. Only a slightly scratched surface. 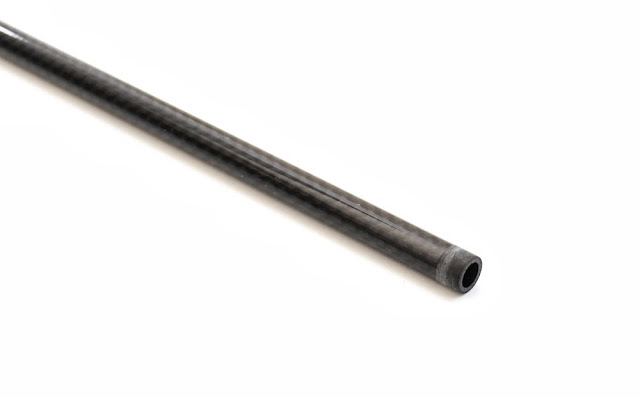 Step 2 is to install a small piece of low friction tape on the top surface of the middle support (3M 810 Magic Tape or for better results PTFE tape: 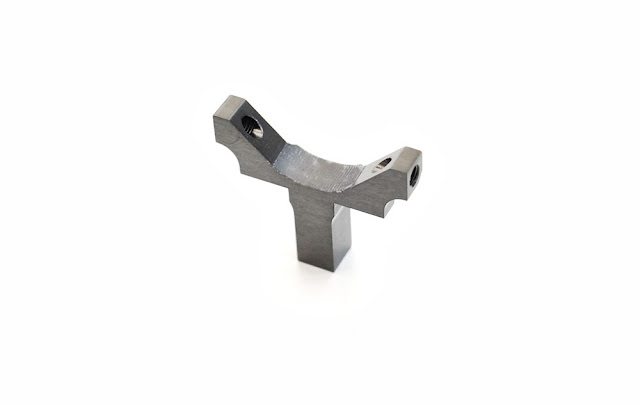 Step 3, bolt the middle support with the left/right bulkheads. Important to note the orientation of this part. The 'sculptured' face should be directed to the steering plate and you should note that the shape aligns with the shape of the bulkheads. (tip: I suggest you do not tighten completely until the entire structure is installed on the chassis) 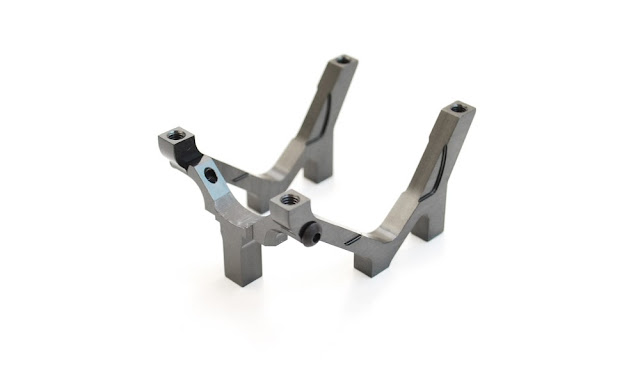 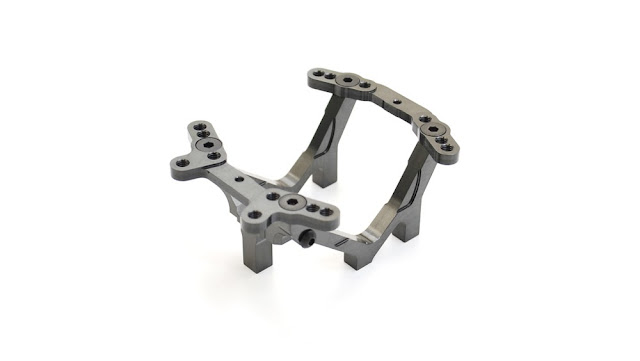 Step 5, remove the shaft gear from the old gearbox and install it on the new one. It is exactly the same procedure: 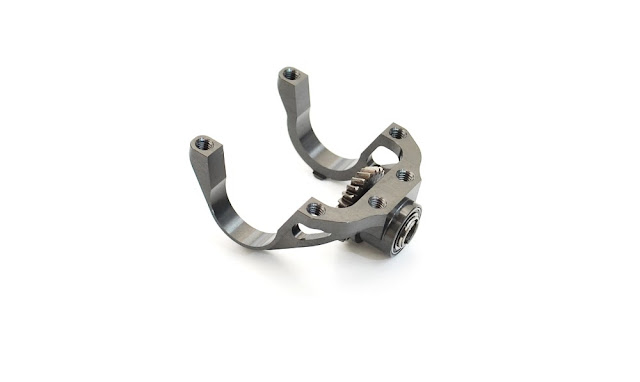 Step 6, remove the steering assembly from the old gearbox and install it on the new one. Same procedure applies here as well with the only alteration that two outer AT24 ball studs (FFG set included) or AT21S without shims (0 mm) have to be used or AM09 steering rod. Use two shims of 1,75 mm thickness for a total of 3.5 mm under the servo connected AT21 ball on the AM09 rod: 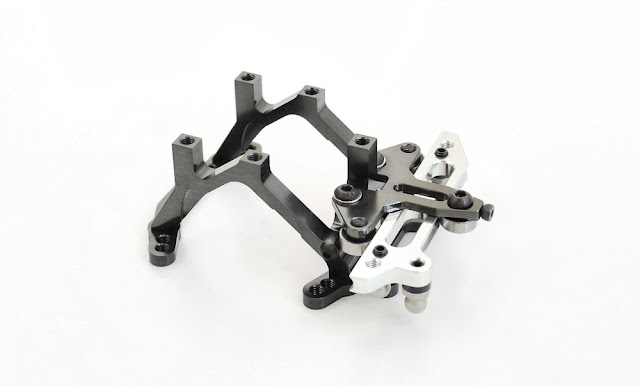 Step 7, install all the aluminum support parts on the main carbon shaft. (tip: some aluminum parts have sharp edges that might scratch the surface of the shiny carbon shaft while sliding them. Do the sliding slowly and try to maintain the gap of the cylindrical parts as open as possible) 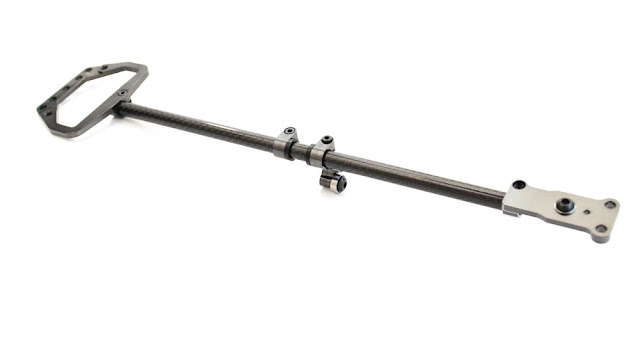 Step 8, install the front bulkhead on the chassis. At this point you may now start to fully tighten all the screws in a 'X' order: 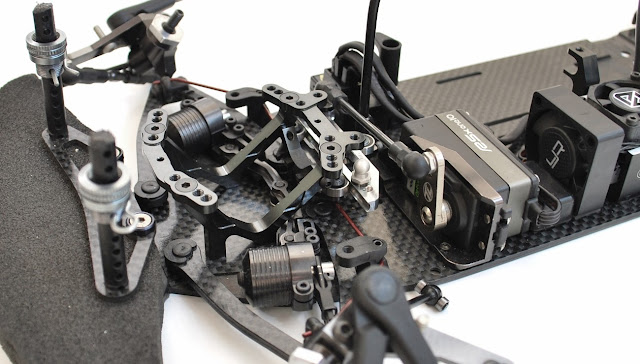 Step 9, install the front spool or diff in the floating aluminum structure: 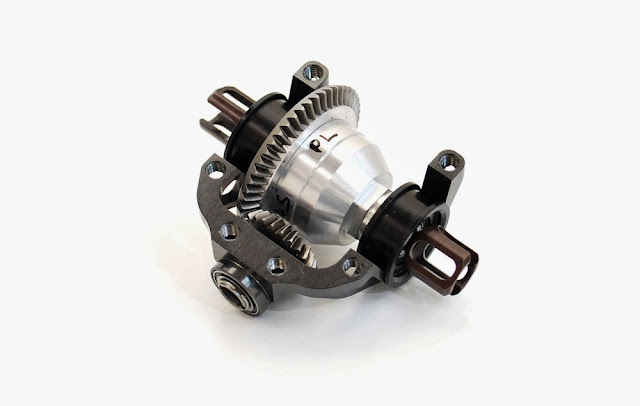 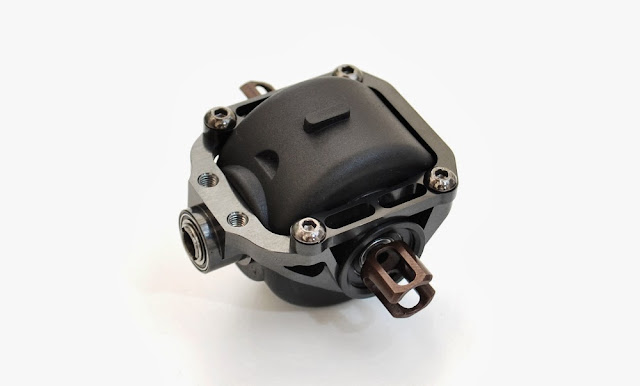 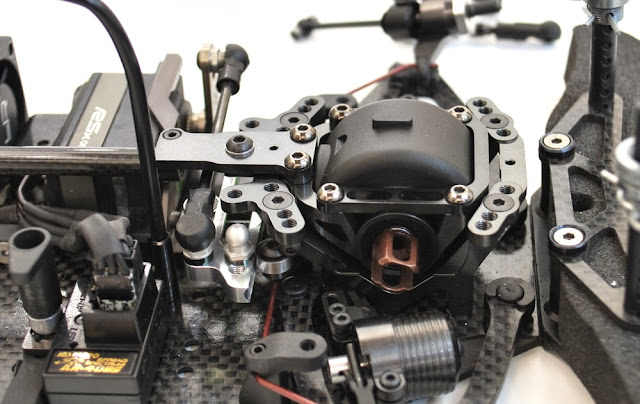 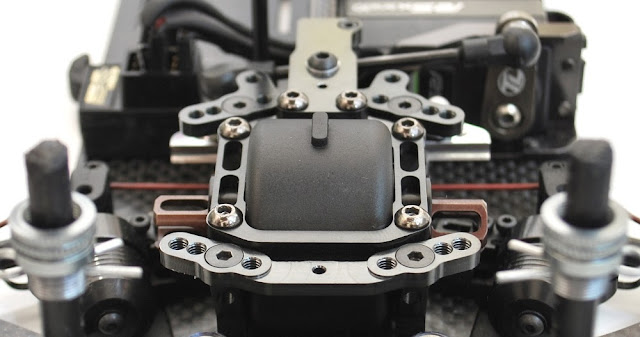 Step 12, install the upper arm ball studs. (tip: the height of the front bulkhead is 1 mm lower than that of the standard bulkhead AM19. To achieve the same camber link height as previous setting add a 1 mm shim. In case you used longer camber links that sat on top of the older upper deck, current position is 1.6 mm lower) 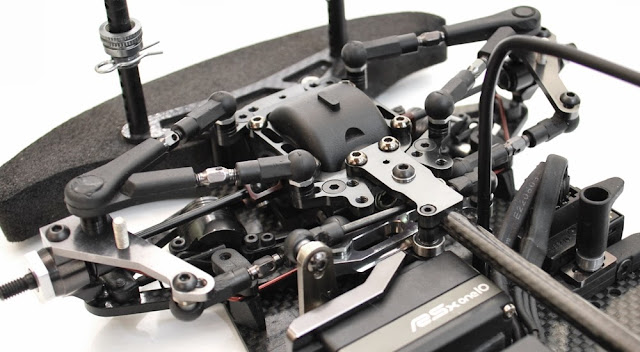 Step 13, Alignment of FFG. The carbon tube should be centered along the car central axis. First align it and then tighten the two M3x6 screws at the rear aluminum support (around the spur gear). Additionally the FFG structure should be sitting completely flat. 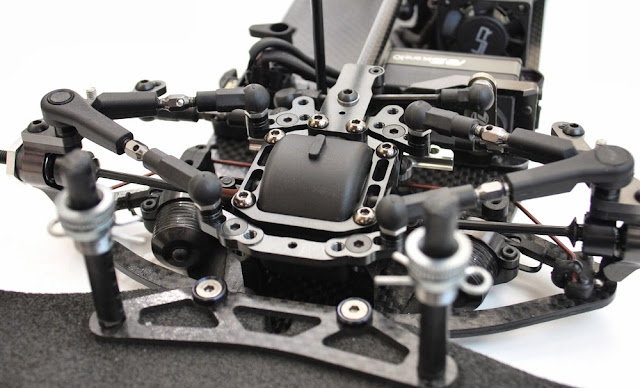 Step 14, Carbon top deck installed. This is mainly a tuning option for very high traction conditions. Initial set up should be without it. The central M3x5 screw with 3 mm SH shims in the central hole of the upper deck (C21) is the better initial setting. 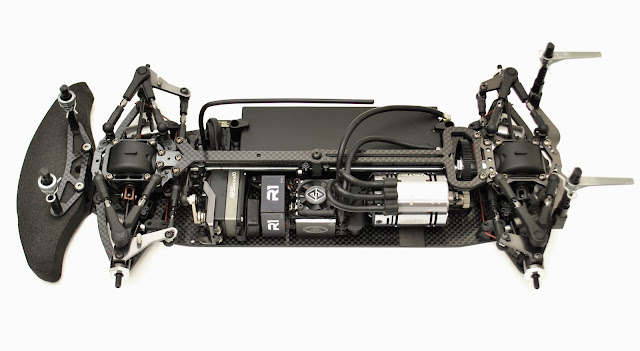 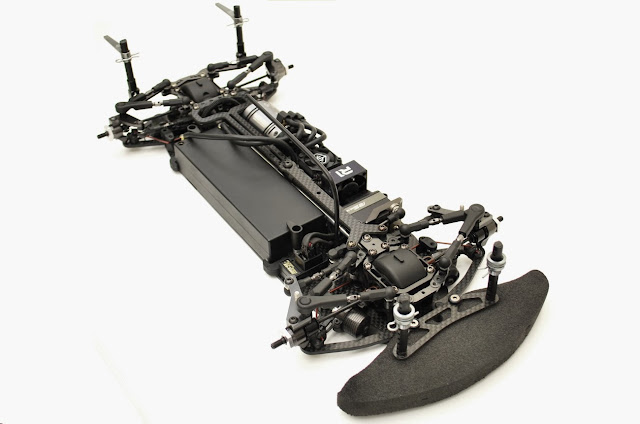